Happy Birthday to my roomy, friend and co-worker, Rick! It’s his day.  Charlee (his fiancé) and I are planning a 'tiny' cookout later on. Ugh, that he already knows about... it's hard to keep secrets.

Anyway, he’s not really keen on the idea of celebrating 53 years. I dunno, but it’s a good excuse to use my new, already used once, ‘gas grill’ and drink a few beers. I’ll suffer the consequences tomorrow, also known as a hang over… and maybe I won’t have to do the cooking? It’s pretty sad when the 'guest of honor' of your get together is targeted do the cooking. Charlee doesn’t know how to cook on gas/propane grill’s,  though, I think it’s time she learned. 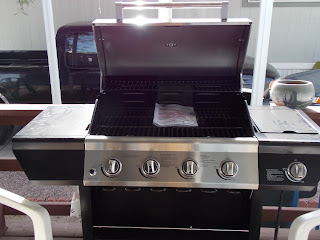 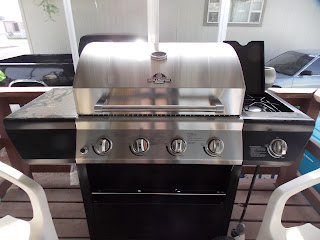