there's a lump under my blankets...

My cats have been feeling a little insecure... Are we or aren't we moving?  I've been packing and unpacking, moving stuff in and out the door... Old stuff going away and new stuff coming in.. No, we are not moving!!! I suppose I don't blame them for feeling a bit on the uneasy side... so what is this moving lump under my bed covers? 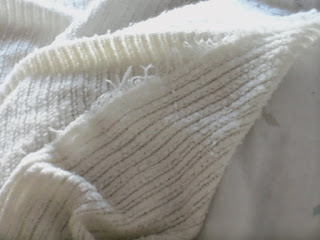 Oh my, it's Puzzle! She has taken to hiding under any blanket she can find. She's done this before. When I lived at my friends place last year, she hid then, apparently to hide from my friends cats, who were unfriendly and didn't want to share their house with my furries.. 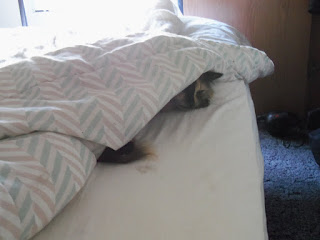 I had to reveal her so she would consider emerging for her dinner ... Apparently, she didn't appreciate the intrusion and the food dish received a dirty look... 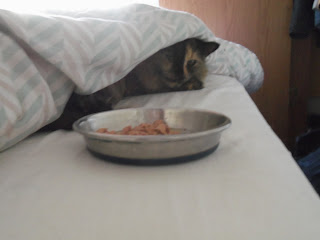 Even taking the food dish away didn't accomplish the desired effect ... this time I received disgusted look... 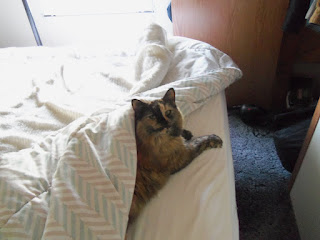 After shooting these pics, I left her to decide what she wanted to do... ultimately she did eat her dinner, then retired under the blankets again....
Posted by Peg at 5:59 PM