Where do they go?

Today and the last few days, I've been working along the side of the freeway, interstate, connector loop, expressway, whatever it's called where you live.  Ever wonder where all those cars, motorcycles, trucks, and big rigs are going? 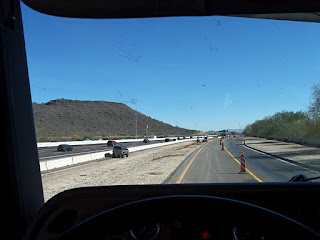 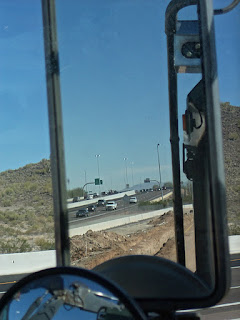 We're loading dirt.  Digging a trench that will eventually become a footer for a large sound barrier wall to protect the neighborhood from the noise on the roadway .... And in the shot below, you can barely see the small track hoe bucket dropping dirt over the side of my truck into the bed and the engineer standing in the trench making certain it's at the right depth... 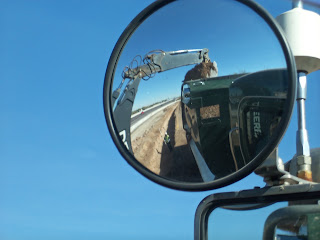 It's about like sitting at the end of the runway watching the planes land and take off... or ... as I recall from many years ago, heading to the 'observation deck' at Logan International Airport in Boston, just to have something to do, watch the planes land and take off... about like I was doing today as I was getting loaded with dirt..... idly wondering where DO all these people go?
Posted by Peg at 9:56 PM