On the same day I went into South Mountain Park to do some 'soul' searching, hike old haunts, and take some pictures ... I stopped at Scorpion Gulch on my way out of the Park. I'd never perused the grounds before,  though I'd live across the street at the now closed  All Western Stables from 2001 to 2004. 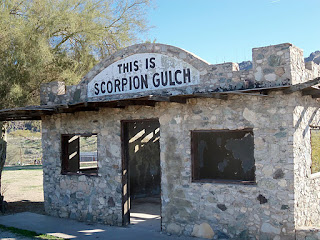 Really and truly ... Scorpion Gulch is the name of a real place. It's located just east of the park entrance. In it's heyday, it was a trading post that sold jewelry, leather, hand-made Indian goods, curios, penny candy and soda pop to the locals and visitors to the park. 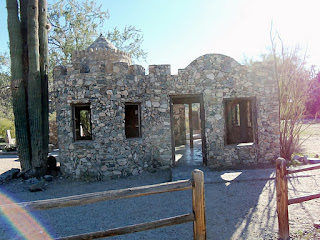 In 1936 William Lunsford bought the 100 foot frontage and manually hauled in the stone to build the store and accompanying building  in which he and his wife lived and operated the store... It is said the store operated until the late 1960's,  and was once a bar (I don't know if it actually was a bar is true tellin's or not). The property became part of the Phoenix Historic Property Register in the 1990's.

I learned from some of the 'old timer's who knew Bill Lunsford that in his garden behind the house and store there were some 1800 species of cacti, some of which were imported from different countries. The garden is still cared for by the City of Phoenix Parks and Recreation Department though not as many varieties can be seen today. 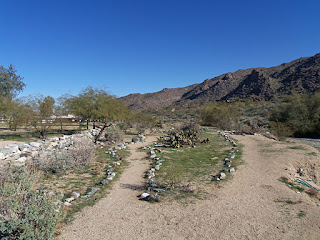 Another few steps behind the old property is an actual gulch or maybe just a large wash ... I suppose it depends on where you hail from as to what you could call it. I have been witness to a 'gusher' or two over the years after particularly bad monsoon storms. Today, the gulch behind the property is dry, and is used primarily as a horseback riding trail and access into other areas of the park. 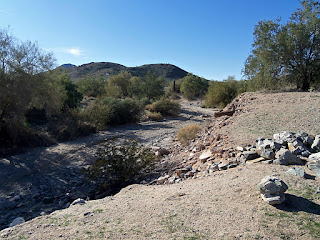