The saga of the power supply cable

Last night I was chatting with my sis when all of a sudden, I was off line. Had nothing. When I looked at the router I didn't have a power light... Upon further investigation, I discovered one of my four legged furies... had chewed through the power supply cord for my router. Panic! 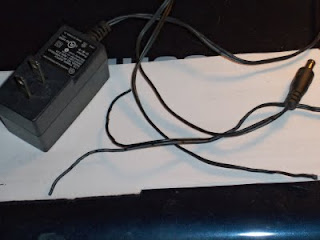 After the discovery and a few minutes of quick rerouting I was back on line. Below is a shot of the suspect culprit snoozing peacefully as if she'd done nothing incredibly wrong! NILLY! 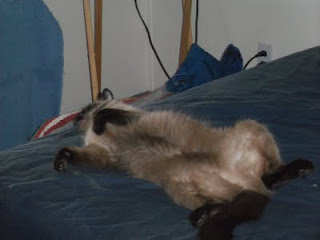 The problem with the quick rerouting was the wiring was exposed and if Nilly so decided, she would she would have at these cables too and I would be down for who knows how long... Therein lies the reason for rearranging the office again. Below is the shot from early this morning before I rearranged ....Sorry the desk looks such a mess, I'm not usually this untidy! 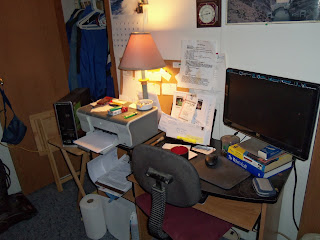 My office area is small! We have two computers. At one time I had them side by side as I do now and had them cabled directly from the router. I wasn't very happy with the setup and changed the room around. I have a wireless adapter so if I want .. I can move one computer to a different area of the house and still have internet service on both machines.

Well, long story short... I've had to rearrange again and put things back as they were originally. Because I now lack power supply for the router I can only have one computer running at a time. I'm kinda bummed, but we'll live through it. 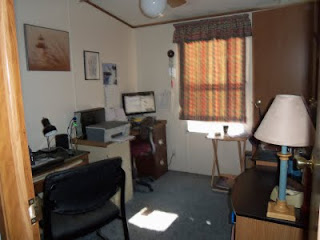 Above is the finished project, I think? For now it's workable.