A little history lesson....
South Mounntain Park is the largest municipally owned park in the United States. It is maintained by the City of Phoenix Parks and Recreation department. It boasts 17, 500 acres of wilderness area. It is an ecologically sensitive area. So, trails and hiking paths are well maintained as well as clearly marked for users. Other areas within the park include an equestrian area with parking for horse trailers and round pens for working horses. There are restrooms and availibility for water as well. 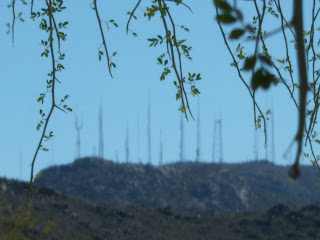 Tucked away in canyons and on high vistas are ramada's where there is parking, charcoal grilling stations, picnic tables and sometimes swings for the children.Views are specatcular from the tops of many trails and a mountain road leads to near the top of the mountain where visitors can see an entire panorama of the city and valley. 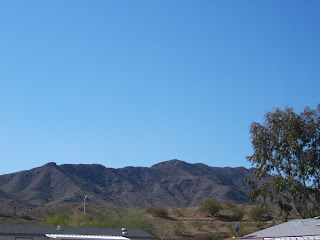 All that said about South Mountain Park .... I live in South Phoenix. I love being able to look out and see the mountain, the park in all it's glory. For many years, I have utilized South Mountain Park for horseback riding, hiking, biking, cookouts and celebrations with friends.

This major freeway extension is planned around the south side of the mountain which will connect the east valley with the west valley.

A project near and dear to my heart. First and ultimately, it will create a by-pass to alleviate traffic congestion in the downtown area by taking an estimated 150,000 + vehicles a day out of the downtown area. Second, the construction alone will bring many needed jobs to the area for a number of years and in the future bring more jobs to the area.

100 + homes in the Ahwatukee foothills area of southeast Phoenix are in the path of the new freeway. The Gila River Indian community's lands border the proposed route. The Gila Indian River community is negotiating with the State of Arizona and the Federal Highway Administration concerning relocation of the proposed plans. Until now the communtiy has resisted, but is now re-considering, as bringing the freeway into South Mountain Park would put native cultural areas within the park at risk.

I believe the Native American community needs this new section of freeway as much as the enitre Phoenix metro area does. An existing two-lane road through the communtiy is a major shortcut for heavy trucks and all manner of traffic. It passes through tiny quiet neighborhoods on the Reservation. This new freeway will eliminate most of this traffic from these neighborhoods.

It's time to pay the piper .... negotiate fair and equitable compensation not only to the Gila River Indian Community, but to homeowners who could potentially loose their homes. It's time to bring much needed jobs to the area as well. Yes, I get there are budgets, ecological considerations, economic considerations, and all manner of issues I probalby know nothing about.

I'm opposed to destruction of land that has been preserved for many years, and I'm in no way suggesting the taking of land by eminent domain for any citizen who's home may be in the path of the new freeway.
Posted by Peg at 11:40 AM